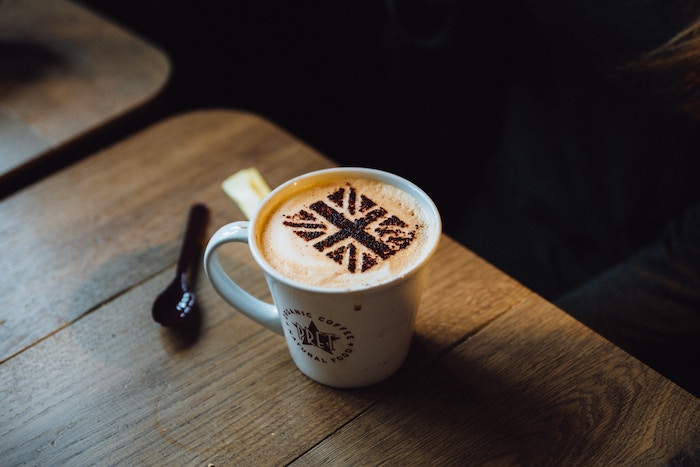 If you want to be successful in an overseas market, it is vital to understand the mentality of your target audience. Cross-cultural understanding goes beyond language. It’s about the way that people think, interact and react to each other.

Cross-Cultural training is often offered to employees of large companies when they are sent to a new country. When we moved from Germany to Switzerland, we benefited from such a program. I was initially a little bit sceptical, as geographically we weren’t moving all that far. I quickly learned that I was wrong.

Even between Germany and Switzerland, there are major differences in how people approach life and problems. In addition, in the city of Geneva, over 40% of citizens are not Swiss citizens, and another 25% are Swiss by naturalisation, i.e. they weren’t born Swiss but took on Swiss nationality.

That means that new residents are thrown into a melting pot of nationalities and cultures. It gives one a very different view of the world when ‘normal’ only means ‘what I am accustomed to’.

This wasn’t completely new to me. I’d lived in Germany for almost 15 years at this point, and was fully integrated into the culture here. I understood the quirks of German culture and social norms. It was, however, really fascinating to have it explained and put into a big picture. To see the German psyche set in relation to the way citizens of other countries think and react.

Imagine a business meeting with participants from Germany and Spain. Typically, the Germans would come into the meeting, introduce themselves and their team, exchange pleasantries and get down to work. For Spanish folk, this would be rude and abrupt. They’d expect to be asked about their trip, how their families were doing and the meeting wouldn’t start until they had a feeling for the person sitting opposite them at the table. Germans are sometimes dismissive about this ‘small talk’ and don’t want to waste time. That famous German efficiency!

It’s important to note that neither of these approaches is wrong or right. We often say things like ‘oh, we don’t do things like that’, and sometimes it can appear to be dismissive. When we point out the differences between our countries, it can sometimes feel to the other person that we are being critical of the other country’s approach. That’s why I caution against saying ‘Well, we do it very differently in Germany!’ too often.

Understanding the differences does mean that we can ensure that we are respectful of the other person and mindful of their expectations. It also means that we are more likely to have a successful business relationship with that person if they feel valued.

So when it comes to doing business with Americans and Brits, what advice can I give to companies and business people in Germany?

What Brits Say vs What Germans Understand 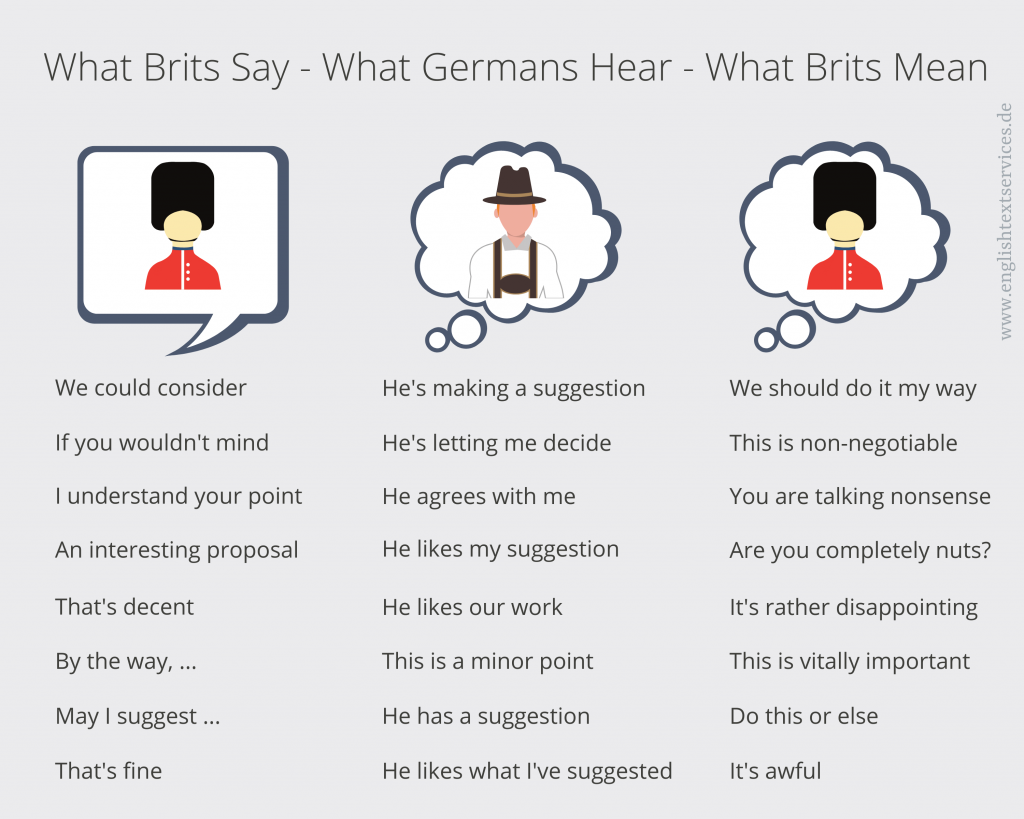 Ok, so that’s slightly exaggerated for comic effect but not by much. Brits do find it difficult to say exactly what they mean.

I remember when we moved to Scotland and my husband phoned clients to arrange a meeting. They said ‘I’m in the office all day. Come early afternoon’. Or ‘Could you come to the house later, around teatime’. My husband phoned me to find out when ‘teatime’ was – from a German perspective, that would be around 3 pm. Kaffee und Kuchen. Not in Scotland, where it means the evening meal, which is traditionally eaten around 5 pm to 6 pm.

As a German, my husband wanted to arrange a specific time and found it really difficult when clients were so vague. He had to adapt to the British way of organising time so that he wasn’t seen as rude and pushy.

What does Cross-Cultural Understanding Mean for You?

It means that when you are crafting your message, you have to understand the mentality of the people you are addressing. Germans are very direct, which can come across as abrupt and impolite, particularly with a British audience. On the directness scale, Americans are in the middle between Germans and Brits.

When you are crafting your message, you need to go beyond translating the actual text. You need to understand (or have someone on your team who understands) the underlying message that you are sending. That’s what makes the difference between an ok campaign and a successful one.

Oh, and one more thing. Absolutely vital to cross-cultural understanding is knowing which words are fine to use, and which are definitely NOT. Read my post on using the F-Word in a business setting.